Sanjay Raghunath, managing director of Centena Group, told Gulf News that the Marinecart portal (www.marinecart.com ) will list all the major suppliers around the globe and aims to become the Amazon of the marine business. “The marine business has traditionally been a consultative selling business by working with shipyards and ship owners. You are in a position to go and do a sales pitch before you sell. Our aim is to create a bit more innovative and make it attractive,” he said.

He added that the group has been in Dubai for more than 40 years and dominates close to 80 per cent of the Gulf market. “The addressable marine global market is valued at $8 billion [Dh29.38 billion] and we can easily attain $2 billion of sales through our portal, around 25 per cent. This market is going to double in the next three to four years.”

Maritronics, the company’s marine division, will be one of the key suppliers to the portal. It serves all major ports in the Middle East and Indian region and has offices in Dubai, Fujairah, Doha, Mumbai and Visakapattanam.

“We see growth in the naval and defence segments within the marine vertical. There is a greater emphasis on maritime security investments and we are uniquely positioned with our skill sets for capitalising on this growth,” Raghunath said.

Centena Group has operations in the Gulf Cooperation Council (GCC), the UK and India, and is spreading into Singapore, Africa and Pakistan.

Centena Group has operations in the Gulf Cooperation Council (GCC), the UK and India, and is spreading into Singapore, Africa and Pakistan. 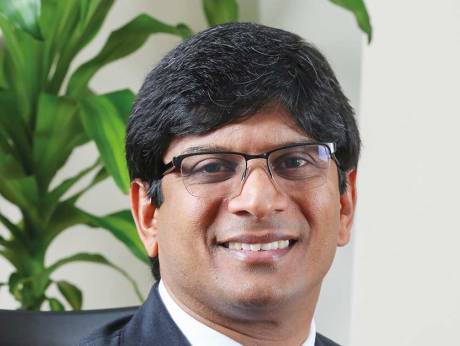